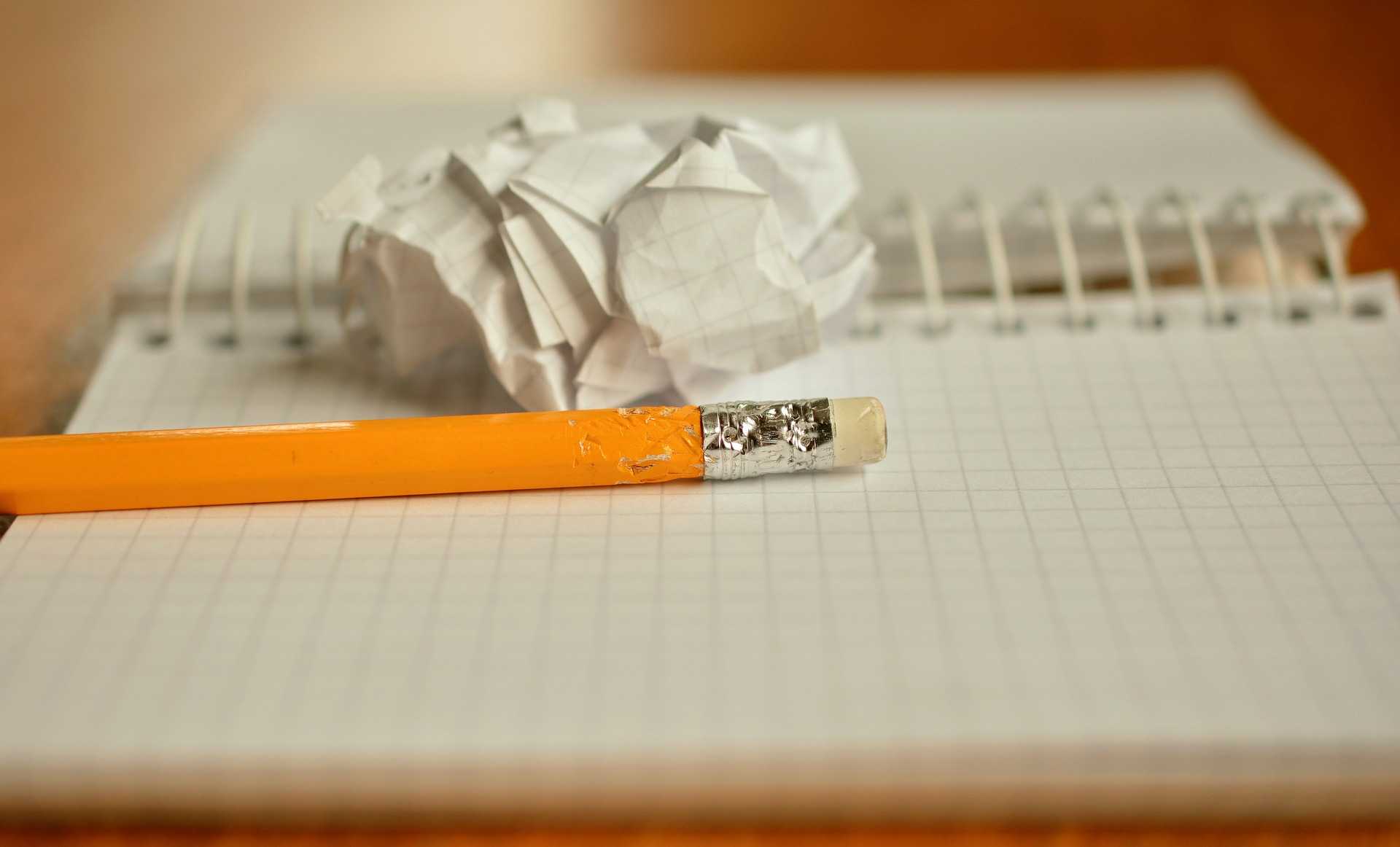 Analysis and Evaluation of the Argument of the “Target Article”

The article that has been selected and briefly mentioned in the introduction takes a particular position where the author draws the readers’ attention to the imminent threat of growing population on the ability of the environment to be sable (Greer, 2008).  The author of the article commences his argument by pointing out to a plethora of literature and research that has always called upon the improvement of technology. Additionally, these extensive research materials demand the cutting corners to aid in sustaining the environment and avert continued destruction (Giddens, 2011). The author draws the readers’ attention to the fact that if this is done according to the extensive research, there will be a reduction on the strain on the already diminishing resources. Having pointed out this, the author asks readers to consider or embrace an approach that can be aptly described as a gun-shot solution (Giddens, 2011). It can be pointed out that in the eye of the author the solution recommended is somewhat capable of addressing the environmental challenges that are currently faced by the world. According to him, this solution will be able to deal with the world’s environmental problems at the grass-root level.

This paper considers this article to be a selfish article. Indeed, it is arguable that in the same vein, it cannot be incorrect to assert that any school of thought that buys into these arguments made in this article is characteristically linked to the selfish generic perception at best (Greer, 2008). In fact, this belief and assertion are premised on the fact that any person who thinks that by reducing the population, world’s environmental challenges can be mitigated to bring about enhancement in the general state of affair. The clamor to reduce population to prevent environmental damages to both plants and animals is not sincere (Giddens, 2011). Indeed, those people who are strongly agitating for this course of action will not be willing to give up their own lives in case they are presented with the chance to do so (Healy & Dix, 2013). The sanctity of life must and should be preserved at any cost.

It is a fact that if indeed a search is commenced to locate people who are willing to give up their existence in the world, it would be futile. Life is about looking for treasures in the world, and therefore any person would not be willing to give up his/her existing just because there is the need to conserve the environment (Blewitt, 2014). Everybody is striving to take advantage of the treasures that they earn on a daily basis.  It is paramount to note here that the concept of population reduction has been advocated by several studies frequently and other periodical articles today (Greer, 2008). On the contrary, there is a need for people to understand that in retrospect, each person poses the inherent right to be born and live without interferences.  Additionally, everybody is entitled to experience the universe in its entire glory. Further, any attempt to deprive the world of the increasing population can be equated to denying the world access to new ideas (Tibayrenc and Ayala, 2016).

In this respect, this paper insists and contends that even though the author of the article champions what seems to be his passion, the approach that has been adopted for this purpose is ill-advised. The author ought to realize that even though his heart is in the right place as far as environmental protection is concerned, the direction that his argument has taken is not popular with many people (Giddens, 2011). Further, this approach negates the very fact of human existence and goes contrary to the religious foundations and faiths across the globe. In other words, the approach of the article’s author is misdirected (Giddens, 2011). In fact, the concern ought to be focused on increasing productivity. The increase in productivity ought to be derived from every individual instead of focusing on the elimination of people from the equation altogether (Greer, 2008). In attempting to focus on other measures for increasing productivity and a way of reducing the human population, the author considers a raft of other options.

World over, there is need to invest in modern technology that will help in enhancing production while at the same time protecting the environment (Greer, 2008). In some quarters, it must be appreciated the truth that people still show fidelity to their cultures and switching to modern technology will not be automatic. As we plan for the various interventions that are to be rolled out in preventing environmental degradation, the interest of various communities ought to be put into consideration (Blewitt, 2014). In making a raft of measures that he believes may be the answer to the problems that are currently faced in the world he ought to have generated elaborate plans for implementation. It is not just enough to enumerate solutions without looking at all stakeholders (Giddens, 2011). It is critical to mention that a reader of the article should not just simply agree to the propositions in the article by Allen Greer without interrogating their tenacity.

It is crucial to note that there are a number of these measures or strategies have gained popularity as viable solutions to the challenge of environmental degradation. First, the author argues that the most suitable way of dealing with the problem of climate change lies in the use of clean coal. It is a fact that everybody in the universe is working hard towards attaining better living. The core of the matter is that technological solutions are very expensive and not every person can attain them. To many people across the globe, application of technology to a large extent is just but hope and not a reality (Greer, 2008). Further, nuclear energy has been touted as the solution to the current climate change. However, some skeptics doubt the viability of such technological interventions. The author erroneously suggests that the implementation of these technological measures should run simultaneously with stabilization of the human population. It is a fallacy for any scientist to argue that human beings should face ‘artificial deaths’ to justify the assertion of scientists (Blewitt, 2014). In this, there is a significant ethical and moral question that no human society can afford to ignore.

The author seems to lack faith in the total implementation of technology in addressing the numerous challenges that face the world’s environment (Greer, 2008). In his part, the author contends in the article that it is an only human population that can be controlled to near perfection. In promoting sustainable development and living, there is need to invest in alternative methods of production. Indeed, the author has extensively delved into the alternatives that can help in protecting the environment (Tibayrenc and Ayala, 2016). It is essential to appreciate the fact that the author is concerned with the increased destruction of the environment and the emerging trends in climate change (Greer, 2008). There is need to sensitize the population on the best ways of ensuring that they can engage in production without compromising the viability of the environment.

In the article, the author has covered his subject of discussion by appreciating objections or counter-considerations. The author of the article posits that the primary approach to achieving a balanced ecosystem and proper environmental protection, conservation, and protection is through depopulation (Greer, 2008). It suffices to point out that the debate around controlling human population is met with considerable resistance from all quarters. Indeed, the author should know that human beings were given authority over other creations and any suggestion that population control should be effected to ask for too much. The debate on population growth against the limited natural resources is substantive though a more proactive approach to combating climate change ought to be adopted (Giddens, 2011). The article by Allen Greer is authentic because it aims at eliciting debates in non-chartered waters. The author makes bold steps in bringing these critical issues into public debate for posterity of the whole world. Contrary to notion held by Giddens ( 2011) who opines that scholars are not tackling the issue of climate change head-on.

Allen Greer had serious issues that he wanted to get across as far as environmental protection is concerned. However, his main idea of an argument that human population has to be reduced to forestall the imminent destruction of the universe is misplaced. The author should have realized this proposition would be met with a lot of resistance. However, a key strength of the article is based on the fact that it offers an alternative measure of protecting and conserving the environment other than human depopulation. The author structured the article in such a manner that the main idea was discussed first and then followed by the subsidiary ideas. In a nutshell, the article stimulates public debate concerning sustainable development and environmental protection.